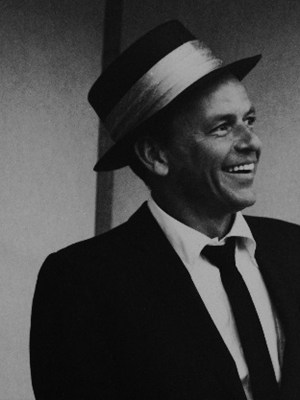 LOS ANGELES, CA, APRIL 30, 2013 - Newly formed Alcon Television Group, the television division of Alcon Entertainment, and Frank Sinatra Enterprises are producing an as yet untitled documentary about the life and music of Frank Sinatra to premiere on HBO, it was announced by Sharon Hall, Alcon Television's President.

The four-hour mini-series documentary will be directed and produced by Oscar-winning filmmaker Alex Gibney ("Taxi to the Dark Side," and the upcoming Focus Features theatrical documentary "We Steal Secrets: The Story of Wikileaks"). Jeff Pollack will also serve as a producer.  Executive producers are five-time Oscar nominated producer Frank Marshall ("The Curious Case of Benjamin Button," "The Bourne" franchise, "Seabiscuit," "Raiders of the Lost Ark"), Nancy Sinatra and Charles Pignone, and Alcon's Hall, and Co-founders and Co-CEO's Broderick Johnson and Andrew Kosove.

The documentary event is an up close and personal examination of Sinatra, his life, his music and the legendary career that stands alone as unquestionably the most celebrated of the century. Never before seen footage, including industry and home movies, as well as private and professional performances, will be featured.

Says Hall: "Alex's vision for this unique documentary is an exciting one, taking viewers into the singular and extraordinary world created by one of the greatest entertainers the world has ever known."

Hall continues: "Although our primary business at Alcon Television is to develop, finance and produce scripted series for broadcast and cable television, we were overwhelmed by the scope and depth of this incredible story, not to mention the opportunity to work Alex and to partner with Kennedy-Marshall and Frank Sinatra Enterprises, on what is surely to be the definitive portrait of our era's greatest performer."

Long acclaimed as the world's greatest performer of popular music, Frank Sinatra set the standard for all others to follow. More than a singer, he was also an actor, recording artist, cabaret and concert star, radio and television personality and, on occasion, producer, director and conductor. His artistry continues to influence musicians and singers of every generation.

Frank Sinatra Enterprises (FSE) is a joint venture between the Sinatra family and Warner Music Group. FSE owns Sinatra's recordings from the Reprise era as well as a treasure trove of films, television specials and unreleased footage, photos and audio recordings, which collectively represent one of the foremost bodies of artistic work of the modern era.  FSE also owns and manages Sinatra's name and likeness rights and represents the artist's rights to the Columbia and Capitol catalogues. FSE evaluates innovative new product and venture opportunities with respect to the legendary entertainer's name and likeness, as well as Sinatra's audio and visual recordings. (www.sinatra.com)