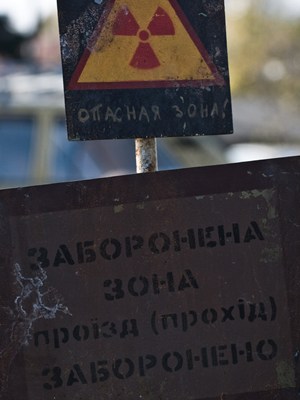 LOS ANGELES, CA, FEBRUARY 14, 2012  - Alcon Entertainment has acquired North American and international release rights in Germany, Spain and Japan for the next horror thriller from Oren Peli ("Paranormal Activity"), it was announced by Alcon co-founders and co-CEOs Broderick Johnson and Andrew Kosove.

The film will be released by Warner Bros. via Alcon's output deal on Memorial Day weekend this year.

An original story by Peli, "Chernobyl Diaries" is set in the city of Prypiat that once housed the workers of the Chernobyl nuclear reactor, the horror-thriller follows a group of friends who, while vacationing in Europe, find themselves stranded in the abandoned city only to discover that they are not alone.

Dave Fierson, Alcon's SVP of Business Affairs, brought the movie into Alcon. The deal was negotiated by Scott Parish, Alcon's COO/CFO, Scott Edel of Loeb & Loeb and Nancy Bruington of O'Melveny & Myers on behalf of Alcon and by Alison Cohen, Linda Lichter and Micah Green on behalf of Oren Peli and FilmNation.

One of Hollywood's most sought after talents, Peli wrote and directed the box office hit "Paranormal Activity," which launched a successful franchise for Paramount having grossed more than $576 million worldwide from three installments to date. He is the creator of "The River," a paranormal jungle adventure for ABC, which premiered to solid numbers last week with a two-part debut.

A veteran visual effects artist, Parker served as the visual effects supervisor on 2010's critically acclaimed "Let Me In" and makes his directorial debut with this project.

States Kosove and Johnson: "Alcon is thrilled to have acquired this unique, thoughtful and very frightening film. The content is all the more terrifying given that it's based on reality."

States Glen Basner, CEO of FilmNation Entertainment: "We are thrilled to have found such a terrific home for our first fully financed film. Congratulations to Brad, Oren and Brian who have created an incredible movie that will truly terrify audiences."

Alcon Entertainment co-founders and co-CEO's Andrew Kosove and Broderick Johnson founded the Company in 1997 with financial backing from Frederick W. Smith, the Founder, Chairman and Chief Executive Officer of FedEx. Alcon, which is named after a mythological archer and ally of Hercules, has financed, and/or co-financed/produced over 19 films, including "My Dog Skip," "Dude, Where's My Car?", "Insomnia," "Racing Stripes," the Academy Award nominated Best Picture "The Blind Side," which earned Sandra Bullock a Best Actress Oscar; "The Book of Eli," starring Denzel Washington and Gary Oldman; "Insomnia," starring Al Pacino, Robin Williams, and Hilary Swank and directed by Chris Nolan; "The Sisterhood of the Traveling Pants," and "P.S. I Love You," starring Hilary Swank, among many others. The Company recently released the box-office success "Dolphin Tale," a 3-D family film starring Morgan Freeman, Harry Connick Jr., Ashley Judd and Kris Kristofferson, released via Alcon's output deal with Warner Bros.

ABOUT FILM NATION One of the leading independent international sales & distribution and production companies in the world, FilmNation Entertainment was founded in 2008 by veteran international sales executive Glen Basner. FilmNation Entertainment produced House at the End of the Street starring Jennifer Lawrence and The Raven starring John Cusack as Edgar Allan Poe, both of which Relativity Media will be releasing in 2012. The company is in post-production on Mud starring Reese Witherspoon and Matthew McConaughey and directed by Jeff Nichols (Take Shelter); in development on Guy Hibbert's screenplay Eye in the Sky with Oliver Hirschbiegel attached to direct; James McTeigue's Message From the King from writersOliver Butcher and Stephen Cornwell; F*cking Engaged which will star Jessica Biel; The Faces to be directed by Paul Solet; and The Amateur American to be directed by Ross Katz. FilmNation has delivered on its philosophy of providing an unrivaled level of "added value" for its clients across all aspects of its business and serves as the exclusive international sales agent for Relativity Media, Media Rights Capital (MRC), Samuels Media Group, GreeneStreet Films and a non-exclusive multi-picture deal with Endgame Entertainment. FilmNation Entertainment is handling international sales for the following titles: All is Lost starring Robert Redford and to be directed by J.C. Chandor; A Most Wanted Man starring Philip Seymour Hoffman and to be directed by Anton Corbijn; Steven Soderbergh's Bitter Pill with Jude Law, Rooney Mara,Channing Tatum and Catherine Zeta Jones; The Comedian starring Robert De Niro and Kristen Wiig, to be directed by Sean Penn; Terrence Malick's next three projects: an untitled love story starring Ben Affleck, Javier Bardem, and Rachel McAdams; Lawless starring Ryan Gosling, Christian Bale, Cate Blanchett, Rooney Mara and Haley Bennett; and The Knight of Cups starring Christian Bale, Cate Blanchett and Isabel Lucas; Relativity Media's Mirror Mirror with Lily Collins and Julia Roberts; Oren Peli's untitled project; Zhang Yimou's epic The Flowers of War starring Christian Bale; Steven Soderbergh's Magic Mike starring Channing Tatum, Alex Pettyfer, and Matthew McConaughey; Under the Skin with Scarlett Johannson; and Midnight's Children directed by Deepa Mehta and based on the novel by Salman Rushdie.